A five-mouthed speaking table : an interactive sound installation transmitting the individual and collective imaginary worlds shared with the company since 2019.

For this piece the artists focused on the appropriation of daily objects and changing the way we see what is around us. The objective was to reveal other possible worlds as well as the poetic potential of what we already know. A table becomes the place of transmission for words and sounds, depending on the participation of the audience in order to take over the space. By interfering on the presence or absence of a voice, each one becomes a creator of what one can hear.

This installation was imagined thanks to the texts and poems written by the participants of the workshops given by the company at the libraries/médiathèques of the Val-de-Marne (France), as well as in Paris, Arcueil (France), and Targu-Mures (Romania). The music and the sounds that accompany the pieces were inspired by the noises and melodies found during the workshops on electroacoustic experimentation and creation at the same venues.

With the voices of Benjamin Bur, Camille Metzger, Edouard Michelon and Gabrielle Chabot.

This project was commissioned by the festival Les Échappées #3 created by the Département of the Val-de-Marne. 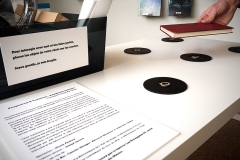 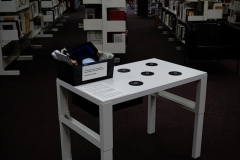 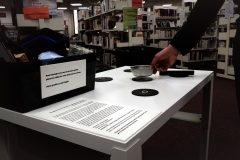 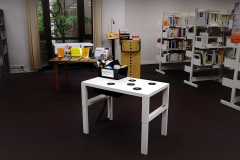 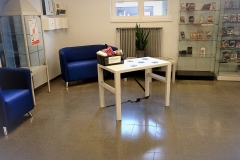 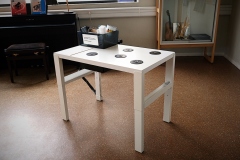 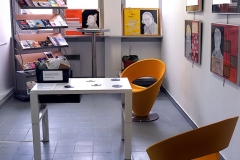 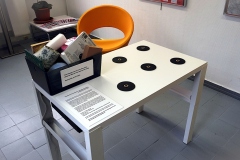 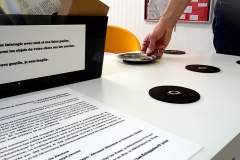 You can listen to some of the installation’s tracks here: